Ma Deva Pyari „had“ the first contact with Macrobiotic in N. York city, 1969, when the Canadian painter and later gallerist Syd Menkes (at the time “her” lover and the one with whom she first experienced tantric sex) invited her for a lunch at the Zen Temple, the macrobiotic restaurant of the city.

The friend Neuza Marcondes, with whom Deva Pyari worked then (nowadays also a painter in Rio de Janeiro) bought the BOOK “Zen Macrobiotic” from George Oshawa and the two of them began to practice the dialectic system of keeping young and living long! And Pyari still eats so!

The macrobiotic concept comprehends the universal laws as the inter-relation of the principles of yin and yang: the day and the night, cold and hot, man and woman, fire and water, positive and negative, life and death … the complementary opposites. And the Universe is seen as the macro-cosmos, which reflect itself in each human being:

Thus, the macrobiotic system includes all dimensions of Existence. Consequently, it takes immense care of what we ingest, stating that we are what we eat, and establishing yin/yang relations for food, which are however absolutely relative, like in Einstein’s theory of relativity. This simply means that each food is yin in relation to some other and still yang in relation to some other!

Further, it says that rice, when organic and whole, has the most similar cell to the human ones, which explains its healing power! However, rice is yin in relation to meat and eggs, for example, but yan in relation to any other grain, or to beans, vegetables, greens and fruits.

Oshawa states that following this principle it’s possible to bring any body to balance, even sick ones - which is actually the way to healing! At the same time Oshawa says it’s easy to heal any psychic disturbance or any emotion, whichever violent it may be, as everything is taken as a question of balancing the yin/yang RELATIONSHIPS in our micro - universe.

And we “should” start with “our” nourishment, with what we eat!

Hence, he affirms that there are no incurable disease, because the yin/yang balance can always be restored, and mostly at the table!

There are many people who though having decided for being vegetarian, give it up after a short while, for feeling weak and often prone to diseases, sometimes even for having got really sick! This comes from the fact that the body needs to be in balance, which is easily attained even by habits of malnutrition, as the body goes on following a certain kind of own “nature”, which comes from the unconscious or subconscious.

Nevertheless, as we decide for a radical nutritional change , the body looses its orientation and a vegetarian way of living needs new patterns of balance, which are attained only as we understand the mechanisms of balancing the small universe of our bodies.

Ma Deva Pyari “works” since 1971 with natural macrobiotic healing, having cured people even from cancer or diabetes, in a space shorter than 10 days.

She uses nowadays also with the concepts for the 4 types of blood from the north-american Dr. Peter J. D’Adamo, added by her own concept of Corpoterapia© and Louise Hay’s positive affirmations.

Her sessions on nutritional counselling besides favouring natural healing of all kind of diseases, offers a healthy and thus long-term change for vegetarian habits, which therefore provides a long - and moreover, healthy life!

For sessions on Nutritional Counselling with Ma Deva Pyari please write to: 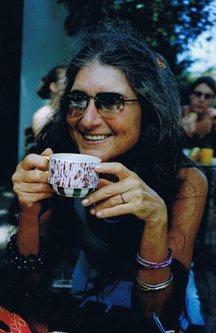 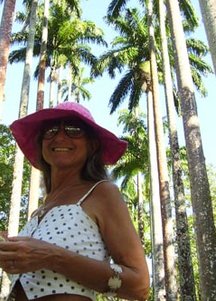 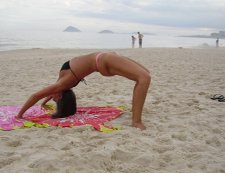